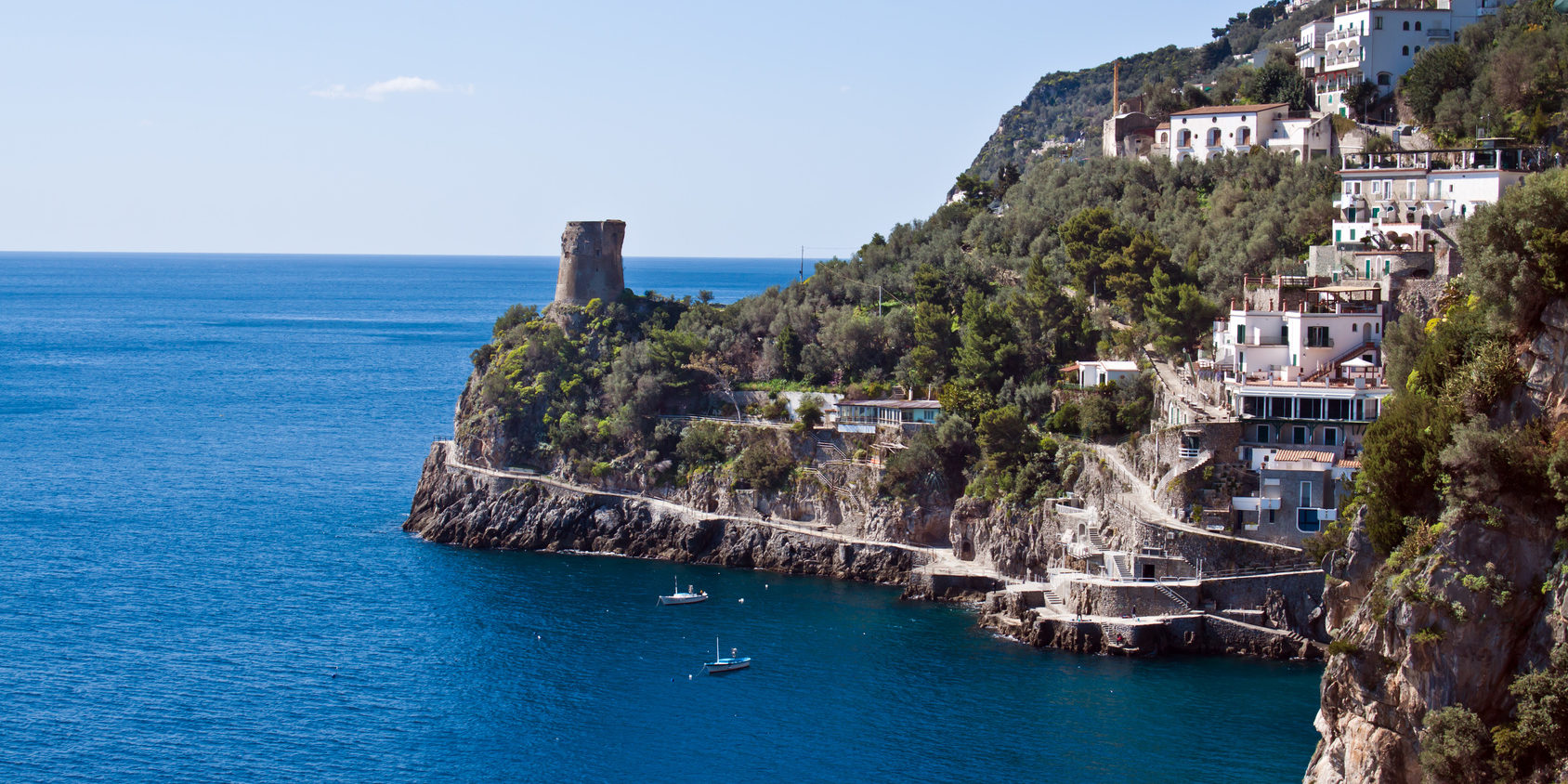 Praiano (Italian pronunciation: [praˡjaːnɔ]) is a town and comune of the province of Salerno in the Campania region of southwest Italy. It is situated on the Amalfi Coast (Costiera Amalfitana), a prime tourist location for the region and Italy alike, between the towns of Amalfi and Positano.

In 1997, the Amalfi Coast, including Praiano’s “Vettica Maggiore” frazione was inscribed as UNESCO World Heritage Site. As of December 1, 2009, the town’s population constitutes 2,069 inhabitants.

History
The town’s name derives from the praia, or beach, from the Latin word pelagium, meaning “open sea.”[2] During the 10th-11th centuries, Praiano was once the summer residence of the doges of the Duchy of Amalfi.

During the Angevin period, a fortified tower, the Asciola, was constructed to defend the town. Praiano had an important local silk industry, however, it disappeared during the 19th century. With the discovery of corals in the vicinity around the 1800s, Praiano’s economy was revitalized, mainly focusing on the fishing and tourism industries ever since.