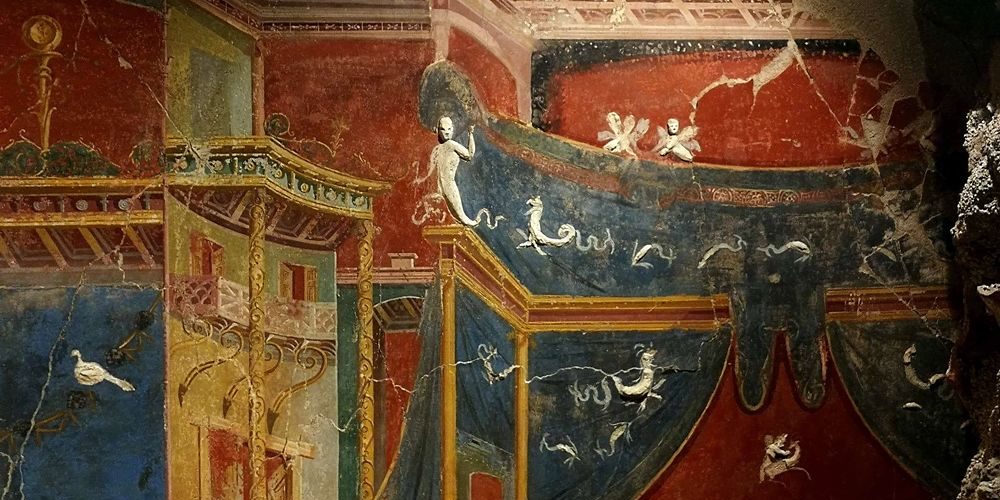 An unknown treasure on the Amalfi Coast.  The excavations confirmed that not only did the eruption arrive to the Amalfi coast, and the Lattari Mountains offered no shelter to the numerous settlements with large villas that existed on that stretch of coastline, but there came with a destructive force not Dissimilar from that of Pompeii.

Destroyed by the eruption of 79 after Christ as Herculaneum and Pompeii, it occupied the entire inlet where there is today the pearl of the Sorrentine Peninsula. And the excavations under the church of Santa Maria Assunta have now discovered a large room wonderfully frescoed, unveiled for the first time by the cameras. That was there, it was known for years. Long before the excavations in the crypt of the Church of Santa Maria Assunta, in Positano, they proved its existence beyond reasonable doubt. The inhabitants knew that for centuries they saw tiles and fragments of mosaics in the cellars. A Roman villa, which probably occupied the entire inlet, is below. Buried by the rain of ashes and debris of the eruption of 79 after Christ of Vesuvius that erased Herculaneum and Pompeii, represents a mystery that archaeologists are slowly trying to unravel.

The remains so far recovered and the large room decorated with frescoes of extraordinary workmanship and completely different from the Pompeian style are to show that it was the dwelling of a very wealthy family. The discovery dates back to 2000, when work in the crypt of the church in the center of Positano brought to light the top of a wonderfully frescoed ambience. But only a little over a year, when the excavations were finally implemented with new funds, the scenario appeared more precise.