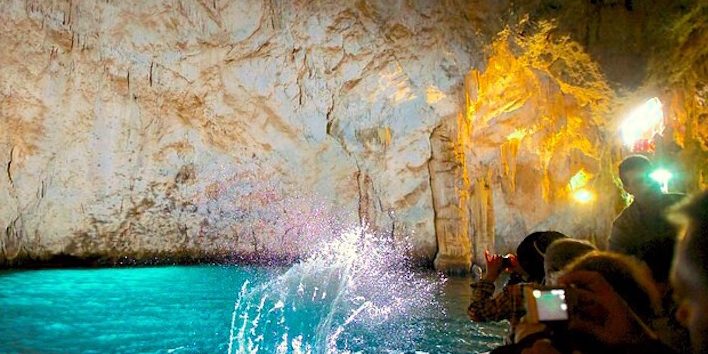 Conca dei Marini is the fourth smallest country in Italy and its name derives from its particular “Conca” shape.
It was formerly colonized by the Romans and played a fundamental role in the Second Punic War. The town is spread over three kilometers and its typical white houses are built on two levels, the first dedicated to cellars and storage, the second used as a dwelling.

From Conca dei Marini you can easily get to the famous Emerald Grotto, which was discovered in 1932 by a local fisherman, Luigi Buonocore. At first the cave was above sea level, but over the years stalactites and stalagmites have formed which have given rise to majestic columns. Since 1956, thanks to vertical movements, it has been possible to admire a traditional ceramic crib on the bottom of the cave.